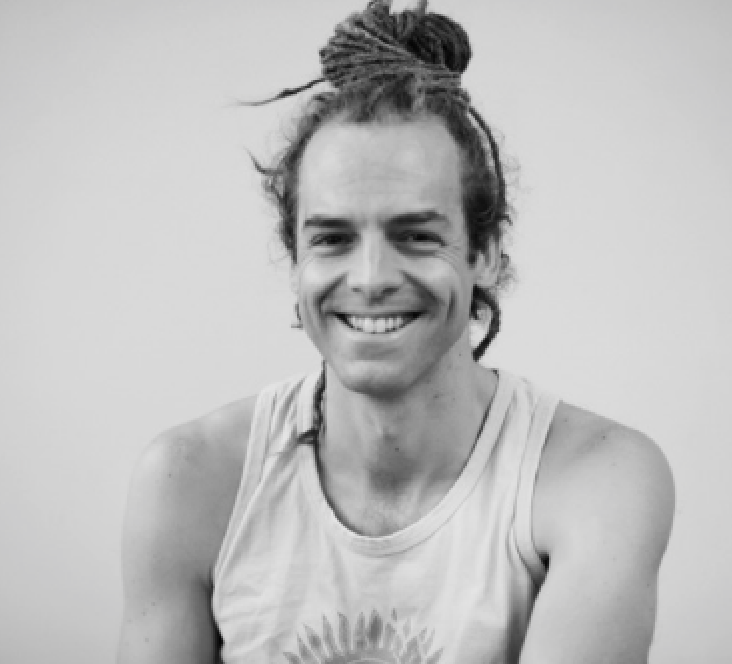 After completing his studies in Environmental Science at the Swiss Federal Institute of Technology in Zurich, Adrian lived for one year in Vancouver, Canada. It was there he was first introduced to Ashtanga Vinyasa Yoga and Vipassana Meditation in 2002. In the following years Adrian’s Yoga practice consisted in the regular practice of the Primary Series. Due to deep experiences with Vipassana meditation and with teacher plants, spirituality and self-transformation began to take a more important role in Adrian’s life.

Before knowing, destiny brought him to be a Yoga teacher and to explore consciousness with many different approaches, both from the Dharma and from a shamanic perspective.

Adrian understands Yoga not just as a physical exercice with a special breath, but in the true sense of the word: Union with God, with big “C” Concsiousness. Yoga for Adrian is therefore a deep exploration, a transformational path which leads to the realization of the true nature of the human being, to the direct experience of the Divine. Any practice is a Yoga practice, be it from the Indian Yoga traditions, from the Tibetan Buddhist system or from the modern shamanic world, as long as it prepares and opens the person for the mystical experience of Union.

With his scientific background, he understands well to build bridges between the old yogic wisdom and our modern worldview. He lives with his wife and son in Zurich.